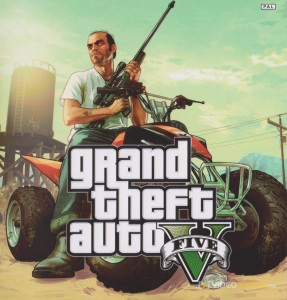 AMERICA—The long anticipated sequel to the Grand Theft Auto video game series has already broken preorder records. But the game’s apparent popularity has done nothing to reduce the controversy that has followed it since its first installment in 1997. But this time, instead of the ultraviolent gameplay being blamed for our moral decay, men and women have identified GTA V as the reason their relationships have ended.

Many of the unions in peril began after the final update of GTA IV in 2008, the meantime proving to be a dormant period for voracious gamers who want nothing more than to sit in front of a television for hours committing simulated crimes, including robbery and murder.

“[My boyfriend] took me to a public place, so I knew what was coming,” said Daphne Wilkes of Seattle, Washington. “He said he wouldn’t be able to commit to me because he’d be playing that game so much. I couldn’t believe it. I tried to ask him if he really wanted to break up, but he was busy checking his phone for the latest game trailer.”

Carol Goode, wife of Herman Goode of Louisville, Kentucky, first read about her impending divorce in a tweet:

Even neo-conservatives have begun to change their tune in light of the game’s release. Kermit Rigg, spokesperson for the Families Under Dominion of God Eternal, issued a statement saying “The threat of violent video games has proven a detriment to the values we hold dear. It’s enough to make you wonder if the gays are all that bad. They don’t let our hatred stop them from wanting to get married, much less some video game. Hell, I can’t even come up with a convoluted way to blame the gays for this game being so violent, and Lord knows I’d like to.”

Rigg was unavailable for further comment, but Marz Daily Media correspondents have confirmed that Rigg and other FUDGE staffers were seen exiting their local GameStop in Racine, Wisconsin. No one would confirm or deny that they were preordering GTA V.