On Tuesday morning, I returned home from a weekend in Las Vegas with some high school friends.

Although my best friends from high school are still my best friends today, high school was definitely the period during which I felt the most alienated and misunderstood. But this is what high school is typically like for EVERYONE. It’s a period of discovery wrought with awkwardness and pain.

We all find ways to reflect on our development, and I like to think that I hold no animosity towards the school I attended or experiences I had there in. However, there is still a trace of hate that I carry with me from high school, and what sparks it is music.

I guess it’s only right that someone with such a strong attachment to music would have a strong aversion to it in some instances. So it makes sense that when I’m out and about and hear certain songs, my feelings range from the urge to remove myself from the situation to the urge to remove the head of anyone who appears to be appreciating the song in question (the low end of that range is usually the option I choose…usually).

So this Thursday’s Top will highlight the Songs That I Will Always Hate because I associate them with bad feelings from high school and they continue to be on the crappy bar/party playlist that follows me everywhere.

You Shook Me All Night Long

I never was much of an AC/DC fan to begin with, but this song is just so damned irritating. I’m sure disliking the people who enjoyed “You Shook Me” had something to do with it, but this song is too shrill to forgive besides. Everyone involved, fans and craftsmen alike, should get on the highway to hell for this one. Boo.

Remember that bit of Eddie Murphy Raw when he was making fun of the way white people dance? Or how about the way Carlton Banks used to dance? Well Kenny Loggins is the reason that those moves became the most useful. And knowing that there was absolutely NO way to apply my superior rhythm to this awful piece of music threw me for a loop that no black person who can dance should experience. Shame on you, Kenny Loggins. Shame on you and your creepy beard, too! You made me hate a movie that I’ve never even seen.

I love Van Morrison’s music. Believe me. And my fan-hood is what makes this song so offensive. I hate this song. There is nothing about it that I like. I know this because I’ve heard if hundreds of times against my will. Is there a rule that says that every bar has to play this song at least once a day? It’s a terrible rule…and a terrible song. ‘La ti dah’ is right, Van. I’m not awed by this offering in the least.

F___ Jimmy Buffett! Tell him I said it. Go ahead. I was fortunate enough to avoid this song for the most part, but that only raises the concentration of hate that I have for it.

Fair play to you, Jimmy, for parlaying your fair-to-middlin’ musicianship into a multi-million-dollar brand. I’ve even been to one of your restaurants and enjoyed your Land Shark beer. But if you and your minions disappeared from the planet one day, I cannot say that I would mind. And since I don’t know anyone who loves Jimmy Buffett, I guess none of you really exist in my world anyway. So let’s keep it that way. Take your parrotheads and shove ’em, Jimmy.

Here’s a tip to Apple Store employees who are overwhelmed by the chaos that their workplace virtually incites: if you ever wanted a group of white girls who don’t know each other to concentrate all of their crazy in one place instead of yelling about the wait time for service, play Madonna’s “Like a Prayer” over the PA system. It won’t move the lines along any faster, but it will certainly give you a breather while they unwittingly sing at the top of their lungs about ‘going to third base.’ It’s still hilarious to think about, but I’ve still seen it enough in this life. For Pete’s sake, it’s not even easy to dance during (a lot like ‘third base,’ so at least there’s that?). 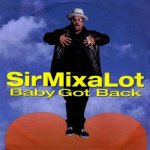 “Baby Got Back” is an interesting pick because it’s a song that I used to like…when I was 10. Sir Mix-A-Lot’s hit had a fun video and a simple message. I think this song may have been my first bout with social irony, where I watched dozens of white girls with small butts go joyfully crazy over a song about the undeniable appeal of having big ones. Could this have been a seminal piece of work that gave way to hipster thinking? Perhaps. Either way, “Baby Got Back” was a novelty song (at best) that continues to run wild in predominantly white colleges and dance parties. As a result, I run the other way when I hear it. Some may consider it a classic, but it’s no more a classic than, say, ZZ Top’s “Legs.”

Speaking of scraggly-haired bands from the South, Lynyrd Skynyrd was one of the first bands that turned me off, and not because of the ceaseless requests for “Free Bird” wherever live music was being played (must be an inside joke I don’t know about).

Perhaps my knowledge of Jim Crow influenced my opinion that Alabama would not be a sweet home for me or anyone like me. But the ardor with which many of my contemporaries sang along to this tune made me nervous nonetheless. Is this song a victim of American context, simply played in settings where it doesn’t belong (dances) or just flat out terrible? In my expert opinion, it’s all of the above. If any one song would want you to stay well above the Mason-Dixon line, it’s this one. Dear hell.

Shut up. You might pump your fist to this song, but you know just as well as I do that it’s a bar anthem that needs to die. And I actually enjoy the Journey catalog overall! Anyone who complains that radio plays the same stuff all the time but gets gleefully overtaken by this ditty at the bar should be punched in the face because there is no place more than a bar that this song plays.

Naturally, I didn’t go to any bars as a teenager, but the seed was planted in the same way that it was for “Like A Prayer.” Crazy white girls in large number make me nervous and fighty.

But maybe…maybe there’s a scenario in which I can embrace Journey’s most recognizable hit. Imagine:

You’re a man at a bar and you meet a woman there. After you exchange names, you scramble to discern what things you have to say in order to gain favor with her. At some point, you make a wrong turn (you never should have insulted Zooey Deschanel, apparently).

She moves on and you meet another. Turns out that Sarah Jessica Parker is sacred, too (why can’t they just like MMA like normal people?!).

You try a couple more times with similar results. Then you hear that the bar is closing in a few minutes, concluding yet another fruitless try at intergender socializing.

This Journey song about a girl and her world and a midnight train has been on, but you haven’t paid any attention to it. Then something magical happens: your dejection meshes with the seemingly incongruous chorus of the song and you finally start to feel that there may be hope for you yet. Thanks, Steve Perry. I won’t stop believin’.

Just kidding. The song’s been way too overplayed for it to resonate anew with anyone. Thanks for nothin’, jukebox.