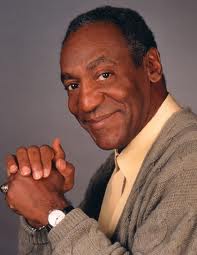 I’ll make this plain: if you don’t consider Cliff Huxtable the greatest dad in the history of TV, then you’re an idiot. It’s one of those facts that you have to acknowledge even if you haven’t seen The Cosby Show (comparable fact: food is the best thing to ingest in order to stay alive).

But beneath the Mount Olympus of fake fatherhood lie dozens of other TV dads who have stood out over the years. Today, in this extra special Thursday’s Top, ten of the more memorable TV patriarchs will square off in the Battle of the Network Dads. And away we go!

Many have tried, but only few succeed. Such is the story for Simpson and Griffin, kings of their respective castles in the world of animated prime time sitcoms.

Simpson has the clear edge, being the elder statesman of the two. He wrote the book on paternal buffoonery. However, Griffin has emerged as a worthy rival, anchoring a show that routinely outshines its predecessor, which has already had its best episodes.

The Simpsons still has loyal viewers, many of whom will readily admit that the end is nigh for Fox’s most popular show of the past twenty years. And although The Family Guy is closer to its prime than The Simpsons, Homer has cemented himself as a far more quotable and standalone character than Peter Griffin. Without the rest of Quahog to counterbalance his idiocy, Griffin would get annoying a lot sooner than Homer would.

What a match-up! One guy (Red) thinks the world is going to hell. The other (Frank) is too old to even care. Both men are convinced that their children are complete idiots, and they both have wives who basically take care of them. Not a bad deal for two guys who don’t seem to have a stitch of affection for their loved ones.

Still, there has to be a winner. And as much respect as I have for the late Peter Boyle, he easily stood out as the bright spot on an otherwise lame show. Kurtwood Smith, on the other hand, distinguished himself amidst a goofy young cast of attractive ‘teenagers.’ Although the youth of the show was its engine, no episode would have been complete without Red letting one of the kids know how much of a dumbass they were. And after Smith’s last memorable performance as a father (Dead Poets Society), it’s nice to see that he can berate his fake children without them [spoiler alert] killing themselves.

Even though Bob Saget is more recognized than Alan Thicke in most circles, this has to be one of the more compelling match-ups on the card. Looking at the uncanny parallels between the actors who played Jason’s and Danny’s children makes it easier to compare the two without bias.

Both men played fathers to actors who struggled with an eating disorder (Tracey Gold and Mary-Kate Olsen). Tie.

Then you have Ben Seaver (Jeremy Miller) and Stephanie Tanner (Jodie Sweetin), the kids who spent their most awkward years in America’s living rooms. Jason’s kid faded into relative obscurity while Tanner’s kid became a meth addict. And in the world of child actors, obscurity beats the hell out of a crystal meth habit (weird, I know). Edge to Seaver.

Alan Thicke came to Growing Pains as a music composer who also had talk and game show host jobs to his credit. Bob Saget became the poster dad of ABC while developing starkly different work in his obscene stand-up comedy. Clearly, one man’s stretch was further than the other’s. Edge to Tanner.

But here’s where the X-factor comes in: the only support Jason had in raising his neurotic hellions was his wife Maggie (Joanna Kerns). Conversely, Danny Tanner had Uncle Joey (Dave “Cut It Out” Coulier), Uncle Jesse (John “Blackie” Stamos) and, eventually, Aunt Becky (Lori “Dayamn!” Loughlin). Imagine what the Olsen Twins would have turned into with even fewer adult influences on the job. Would Jodie Sweetin have kicked meth at all?

Only Comet the dog left the show unscathed, kicking off a children’s movie franchise with Air Bud. The equivalent of Comet for the Seaver family would be Luke, the homeless alcoholic teenager who moved in with them. That kid became Leonardo DiCaprio…so…yeah. Edge to Seaver.

This was a close one, but the “rational” choice is clear.

John Amos and John Goodman have continued their careers admirably since leaving their hit shows. No one should be surprised considering how noteworthy they were as patriarchs of their working-class famiies.

Neither guy can get credit for having an attractive wife (forgive me), but no one can deny that James and Dan loved their wives. And what the Evanses and Conners didn’t have in their bank accounts never seemed to matter that much, either. That’s what makes this pairing so interesting.

So let’s have a look at the kids:

James had Thelma, headstrong and virtuous, Michael, militant and flamboyant, and J.J., artistic and coontastic. As the disciplinarian, his kids feared the belt like it was the wrath of black Jesus. Even though the one whipping scene between James and Michael wound up being a conversation, there was still the sense that James was the wrong father with whom to mess.

Dan had Darlene, the tomboy turned brooding artist, Becky, the whiny waste of time and space, and D.J., the kid most likely to commit weird sex crimes as an adult. Unfortunately, Dan wasn’t a very imposing figure to his children. His one spanking scene (with D.J.) also resulted in a heart.

Dan reserved his violence for men who beat up his sister-in-law. Meanwhile, his kids all ran amok and each became their own brand of loser.

Revisiting the wives, it’s also clear that (appearances aside) Florida Evans would be a much better companion than Roseanne Conner, who’s just what the real Roseanne would probably be like if she had to get a real job. Either way you look at it, the stand-up comedienne is downright annoying. What was Dan thinking?

On paper, this match seemed a bit more even. But upon closer examination, the one-sidedness is immediately apparent.

It’s not surprising that this would be the most contentious comparison on the card. George Jefferson was born out of the same mind that gave life to Archie Bunker. Norman Lear’s brilliant depiction of two men (through Carroll O’Connor and Sherman Helmsley) at odds with each other in spite of their similarities has fueled discussions about the two shows for decades.

Both men lived a comedy of errors brought on by their conservative views and fueled by their more open-minded counterparts, Edith and Louise. Tie.

Both men had children who were their ideological opposites. And that conflict justified to Archie and George why Gloria Bunker Stivic and Lionel Jefferson never amounted to much.  Tie.

And both men embodying sentiments of the period begs some interesting questions: is bigotry harmless if most of it usually stays within the privacy of your own home? Is bigotry justified if it helps a black man in America become well off (legitimately)? Maybe?

In pro wrestling terms, this match-up would definitely be a broadway. Archie and George will forever be  linked by the many debates of people who loved or hated both shows for the ideals they portrayed. And for as long as people consider the 1970s a relevant period of American TV history, Archie and George will always have people speaking for them; not surprising since they spoke for many Americans back then.

Thank you all for reading Marz Daily Media. I don’t know if 100 posts is a lot writ large, but I’m proud to be able to continue posting content that entertains. Here’s to 100 more!