Readers would be right to think of Marz Daily Media as primarily a movie blog. My expert knowledge of the medium leverages the content toward it.

Although I’m a big fan of music as well, I tend to tread more lightly when talking about music, respecting individual subjectivity for the art form, as it can engage the emotions so easily and in so many ways.

But today…I go in.

Over the years, I’ve had conversations with people about the music they like,  with disagreements about what’s ‘good.’ Of course, we can all think of a conversation like this, but I have these conversations A LOT, usually about really popular (not necessarily ‘pop’) music. That’s why this Thursday’s Top lists the Popular Musicians That I Can’t Bring Myself To Like. My hope is that some of you readers will relate to my inability to embrace some of the honorees. Yet still, perhaps I can be pointed in the right direction to enjoy what you do.

“If Elvis Presley is King, who is James Brown? God?”

Author and activist Amiri Baraka said, I couldn’t have said it better myself.

A dated pick, but I still fail to recognize how Elvis’s contribution to music had a pioneering effect on any music that I enjoy today. One would think that nicking his initial style and musicianship from more soulful artists would lead me to appreciate his work even a little bit. Alas, I do not.

I’m a fan of southern hip-hop writ large, but I draw the line with Gucci Mane because there’s absolutely nothing fun to me about his music. His delivery is ordinary and his writing doesn’t strike me as inspired. I’ll cede that he’s a big star in the South, but he’s just not for me.

“How is George Bush not in jail for treason, but Clinton gets impeached for busting semen?”

How astute, Mr. Roth! However, your nifty punchline lacks power because Clinton’s impeachment meant absolutely nothing, compared with a president being arrested for treason. Shouldn’t you have learned that in college?

Oh wait. That’s right. You don’t know what you learned in college because you squandered your parents’ money on keg parties and bong hits.

I don’t mean to get uppity with the kid; I did my share of partying in college, too. But if Asher Roth has demonstrated anything, it’s that a white guy from a broken home with a drug problem (Eminem) has far more to offer to rap music than a college-educated white kid whose first CD purchase was Dave Matthews Band’s Crash.

“I respect their body of work; I just don’t appreciate it.”

Forgive me for quoting myself, but it took me years to cultivate a statement that would accurately explain my stance on The Fab Four. In boarding school, it seemed like every dorm room had CDs strewn about with a big apple on the label. Guys swore by The Beatles, and I never fully understood why.

But I did learn more about their catalog from some of my schoolmates. They explained that The Beatles’ music evolved noticeably over the course of their career, including a period when George Harrison played a sitar in some of their songs. A popular artists’ openness to using new sounds has to be respected, regardless of whether you like that sound, especially when popular success often depends on conformity to itself.

There is one song by The Beatles that I like a lot: it’s the sad tale of a spinster and a priest who will each most likely die alone. But I suspect my appreciation of “Eleanor Rigby” was only spurred by the instrumental version by Grover Washington, Jr.

“Sweat pants, hair tied, chillin with no make-up on. That’s when you’re the prettiest, I hope that you don’t take it wrong.”

Congratulations, Drake. With all the posturing and posing that has become integral to popular rap music, you managed to tell the biggest lie ever told.

I get it, though. The girls like Drake. I get it. He came with a built-in fan base because of his time on Degrassi. I get it. He’s a non-threatening, light-skinned dude who wears the nerd chic young sweaters. All fair plays to you, sir.

What I don’t get is how anyone can listen to him and not want him to shut the hell up. To me, he sounds whiny and hasn’t a stitch of dynamism in his voice. And although it doesn’t matter what he looks like, his eyebrows look like he fell asleep on the wrong frat house couch. 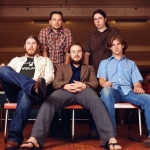 I needed it most, when I was eighteen.
But now that I’m older, I don’t need many things.
Just someone to hold, that’s what you give me.
When dark touches your skull baby,
aw babe you can drop that on me.

Well, that’s a nice thing to say to someone you love. I did a search for some My Morning Jacket lyrics and liked these. Who knows? Maybe I’d like them if I actually listened to them, too.

Too bad they have a horrible name that sounds like it came from a corporate think tank’s cork board with a Pronoun column, a Time of Day column and a Thing column.

This band would have had a better chance with me if they’d been called Your Afternoon Hangover. At least then I’d have a more accurate idea of when I should listen to them.

SMART INDIE POP FOR A WEEKEND IN CAPE COD

Cary S. Whitt, the self-proclaimed “Tune Junkie,” described Vampire Weekend’s self-titled album this way in her Amazon.com review. She meant it as a compliment.

Too bad a weekend in Cape Cod is about as alienating to me as a Mississippi square dance…and I’m not saying that just because I’m black.

Apparently, Vampire Weekend has polarized music fans for its watered-down resemblance to Paul Simon. I definitely responded negatively to Vampire Weekend’s music with that same thought. Meanwhile, there are people who considered the Vampire Weekend album “the first important album of 2008,” compromising the value of the term ‘important’ when applied to music.

And the worst part of this seersucker and boat shoes mess? The only connection the band could possibly have to vampires is the frivolity with which some of their fans live at the expense of other people’s poverty. I’m guessing that’s not what they had in mind, though. No band is that brilliantly ironic.

Honestly, Rihanna lost me at the “Tainted Love” sample. I really don’t think that there will be music that Rihanna will make that I will ever like.

I commend her for her success because she seems to be a hard worker. I’d like to believe that she couldn’t have stayed around for so many years if she wasn’t talented.

It’s just too bad that I don’t like her voice, or that her music reminds me of the smell of vodka & Red Bull and sweaty air conditioning. Clubs are already such dreadful places.

This pick will raise some eyebrows, because what isn’t there to like about Sharon Jones & The Dap-Kings? They are professionals. They are skilled. They have mastered sound thought to be long dead.

But to me, Sharon Jones & The Dap-Kings sound like a group that would have a steady audience in a Las Vegas casino for people who miss soul music of the 1960s and 1970s. And frankly, if I want to hear that, I’ll dig up some old records.

Apparently, I’m wrong to think that their throwback sound pigeonholes them. It’s nice to know that a generation that’s too lazy to ask their parents what soul musicians were good when they were growing up decided to claim Sharon Jones & The Dap-Kings as their very own.

Okay, okay. I’ll be fair. Instead of criticizing the band’s audience, I’ll come clean: music like this bores me.

That’s all I have to say about that.