Two Sundays ago, Brooklyn bocce bar and concert venue Union Hall hosted a performance by The Lindsay Buckingham Appreciation Society. The band, TLBAS for short, is “a collective of musicians based out of different points along the I-95 corridor between New England and Philadelphia.” That night, TLBAS performed the Fleetwood Mac double album “Tusk” in the fairly packed Park Slope venue to an enthusiastic audience.

The opening act, a duo called Fleetwood Mike, typified the disregard for quality presentation consistent with many indie musicians of today (seriously, they could at least dress like people paid to see them). They reminded me of how much I dislike “Rhiannon,” not to mention shabby covers of it.

When TLBAS took the stage, they presented a much more polished show than their opener. Although not a self-proclaimed cover band, each performer invoked the spirit of a member of Fleetwood Mac, especially the lead guitarist (Tony Goddess) and female vocalists (Samantha Goddess and Birdie Busch). TLBAS pleased the audience from start to finish, performing the entire “Tusk” album without an intermission.

Although it was fun watching people dance to music that I wouldn’t exactly consider danceable, the performance taught me something disconcerting: there are a fair amount of Fleetwood Mac songs that I don’t care for at all. As a Fleetwood Mac fan (or so I thought), this realization forced me to consider how many Fleetwood Mac songs I do like a lot.

Which brings us to the focus of today’s list. This Thursday’s Top Three is breaking from format a bit to include a more thorough sampling of what I like about Fleetwood Mac. Their body of work (having undergone significant personnel changes during the band’s career) makes it impossible to limit the list to three. So this list will actually be a Thursday’s Top Ten of Favorite Fleetwood Mac songs.

In the event that you haven’t listened to much Fleetwood Mac, this list may bring attention to songs that are not so commonly known (along with “Rhiannon,” I don’t like “Go Your Own Way” and “Don’t Stop” either). And even if it doesn’t pique your interest enough to look them up on YouTube or iTunes, you can rest on the assumption that someone whose opinion you (hopefully) respect vouches for the merit of one of the most accomplished rock bands of the past two centuries.

“Hypnotized” was the first song that I heard after learning that the band existed long before Lindsay Buckingham and Stevie Nicks joined it. Then band member Bob Welch composed this dream-like track as part of the band’s renewal after having its blues roots shaken by the departures of Peter Green and Jeremy Spencer. My appreciation for the sound prompted me to look up more of Bob Welch’s music. Alas, what I found of his solo offerings suggests that it was the collaboration with Mick Fleetwood and co. that gave “Hypnotized” its magic.

Christine McVie, then a new addition to the band, sang lead on this song written by Bob Welch. This composition, with its up-tempo bass line and string accompaniment, gave Fleetwood Mac a touch of soul that convinced me that I would have thought Fleetwood Mac was a black band if I hadn’t already known the contrary.

When I was in high school, my friend Dominick told me that Rumours was a great album. So, naturally, I borrowed it and gave it a listen. Track-for-track, I don’t share Dom’s sentiments, but “Dreams” was one of the few songs from that album that I liked. Stevie Nicks wrote and sang lead on this one, and hearing that song made her my pretend girlfriend. We still hang out every now and then, not a big deal.

Stevie wrote and sang lead on “Beautiful Child.” I don’t think I heard this one until college, but it became special for its melancholic feel, which I was all about at the time. Nicks has the power of speaking to the listener with her songs, and that resonance is clear in “Beautiful Child.” I’m gushing now. Let’s move on.

Originally intended for Stevie Nicks’s solo album, Bella Donna, “Gypsy” sounds more like a Stevie Nicks song than a Fleetwood Mac song. But it makes the list because tragic circumstances made it more fitting for Mirage. I’d consider “Gypsy” a quintessential Stevie Nicks song in that it congers up the image of shawl-wearing, tambourine-shaking siren that fans have been emulating for decades. 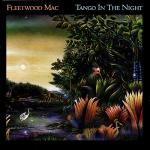 Far superior to the Neil Diamond hit of a similar name, “Caroline” is a Lindsay Buckingham-written song about his attachment to a complex woman. Steeped in truth? I certainly think so.

“When I See You Again”

Here’s another sad one by Nicks, more so with Buckingham (her ex-boyfriend) singing the refrain. Everyone has songs that speak to them given certain circumstances in their lives. “When I See You Again” had that kind of significance at one point. And that kind of thing never leaves you.

This live version of “Big Love” (originally on the Tango in the Night album) is the most remarkable display of musicianship that I’ve ever seen or heard. Buckingham plays an acoustic version of the song, which doesn’t sound too special until you realize that he’s playing two guitar parts at the simultaneously AND singing the song. It’s nothing short of amazing, whether you like the song or not.

“Silver Girl” is kind of the middle-aged version of “Gypsy.” Any fan of Stevie Nicks’s songwriting will probably enjoy this one. “Silver Girl” has an eerie resemblance to the “Caroline” that Buckingham sang about. Hmph!

The limited presence of Christine McVie (she officially left the group in 1998) marks Say You Will, but the album’s continued strength is apparent in songs like “Everybody Finds Out.” Stevie Nicks co-wrote it with Richard Nowels, and the song demonstrates that the best way to approach 60 is by rocking.